The first rainy hike in months found us on the Iron Goat Trail. We enjoyed traipsing through the greenery and marveling at the abandoned trappings of the old Pacific Northern Railroad. 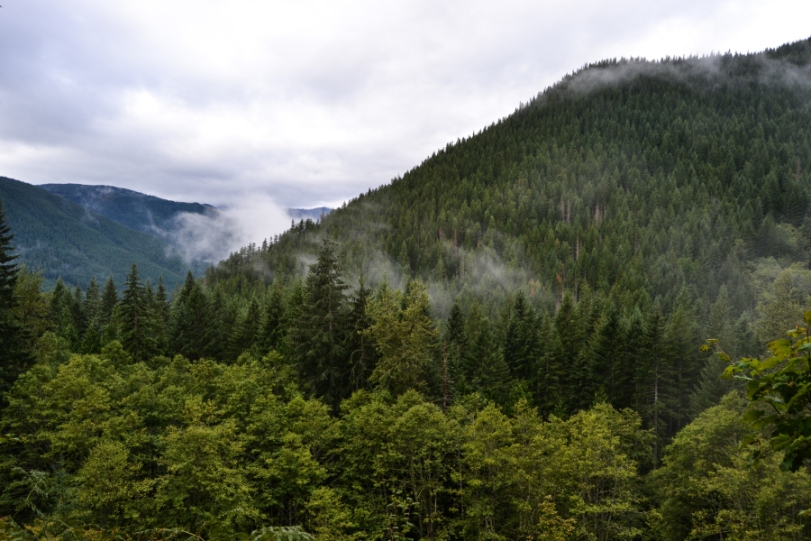 The hike was really quite relaxed, except for the rain. Easy grade and a six miles or so to ramble along. We took the upper part of the trail first and looped back on the lower part.

We followed these giant concrete walls along much of the trail, interspersed with tunnels to peer into. The mixture of industrial ruins and nature was fascinating, though it lent a slightly apocalyptic tone to the trek.

Most of the tunnels were closed, and we were only too happy to obey the signs, but we were allowed into a few of them. Really interesting, though quite eerie. Most of these tunnels are close to a hundred years old. 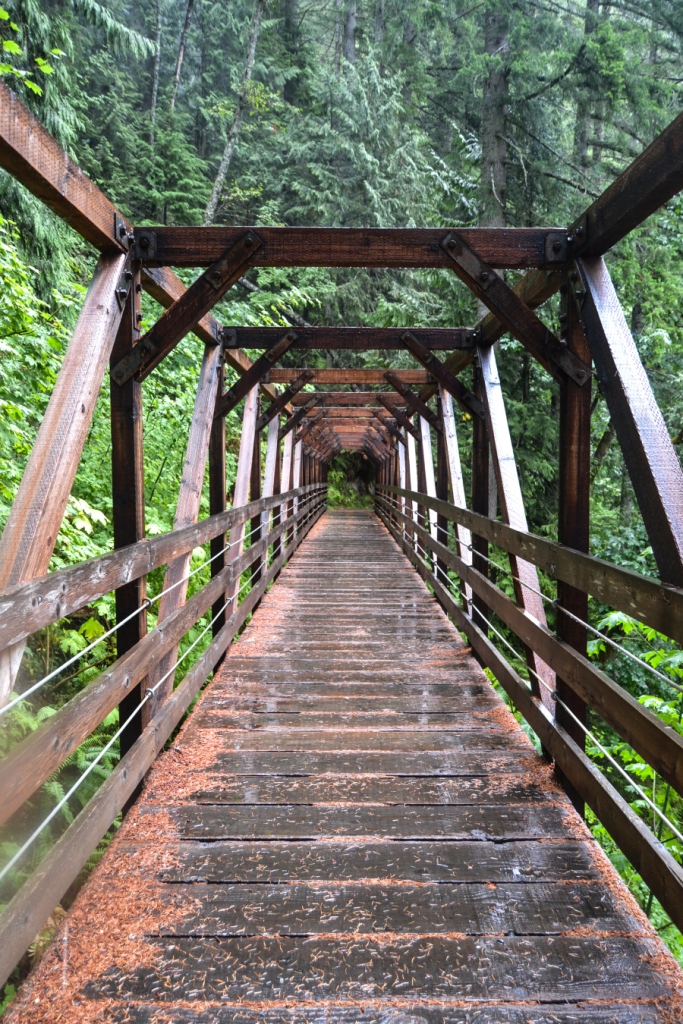