As I was searching back through Instagram the other day, I found a shot of Twin Falls, and realized that I never blogged about my third hike of the year.

This is the first hike Eric & I went on when we moved to Seattle (Facebook tells me I posted the photos on August 22, 2012). I didn’t own a proper day pack or hiking pants at that point – though I did have the same hiking boots I do now.

Here are some photos from the trail in 2012:

Clare, Eric, and I hiked this trail again during my 52 Hikes year in 2015. It was hike #11, and we had to take an alternate route in due to some kind of road or trail damage. We hiked down to the falls instead. 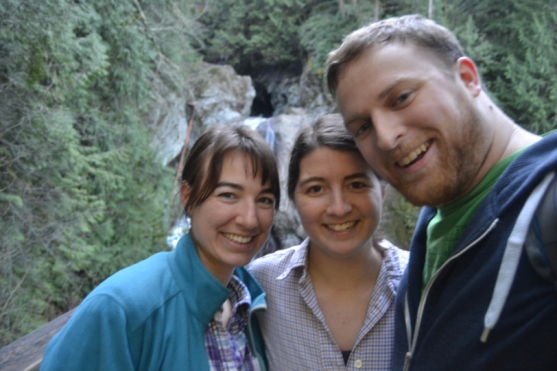 This year we were searching for a close-by hike and did this one on a particularly icy weekend. My (admittedly cheap) traction devices bore up reasonably well, though I did a bunch of clambering up and sliding down that I would not recommend. It was really good to be out in the cold air and even better that this was a quick one.