On Friday we braved the traffic and headed south. We camped overnight at Paradise Point State Park. We got dinner on the way, so we didn’t have a campfire or cook anything, and it made for a very simple build up and break down of the campsite. 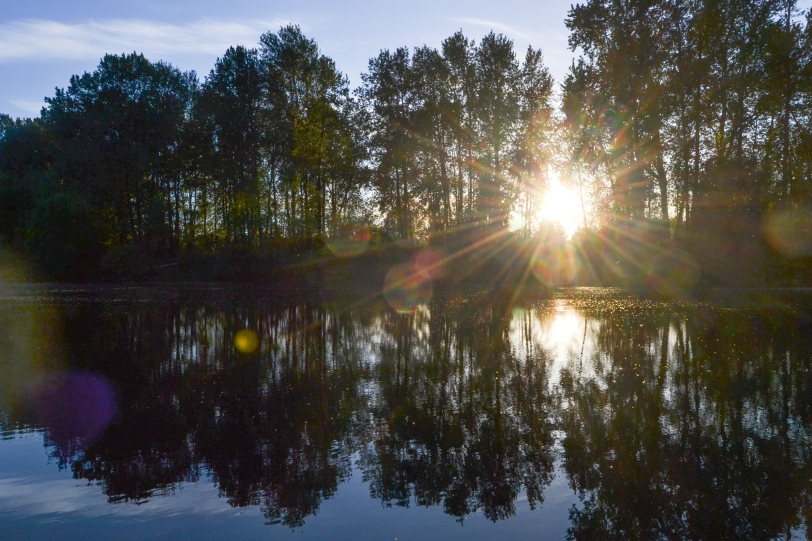 At sunset we walked down the hill to the river, under the I-5 bridge, and the light was golden and summery and marvelous.

In the morning we packed up early and drove to the Lava Canyon trail head. We were the second car in the lot, arriving just after 9. The road is paved all the way to the trail (although there are some weird dips and bumps, which can be hard to see in dappled morning light) and offers some great views of the mountain. There was parking for about 30 cars at the trail head, and it was nearly full when we left (a little after noon).

This hike was really great. The trail is divided into three sections based on difficulty. The first .7 miles or so (including the  are quite easy and have really incredible views. If you only have an hour or two and want an easy ramble without much elevation gain, the first two sections are definitely worth it.

We meandered down the paved path, then traversed a bit of rock and crossed the first bridge, which provided some great sights in itself. 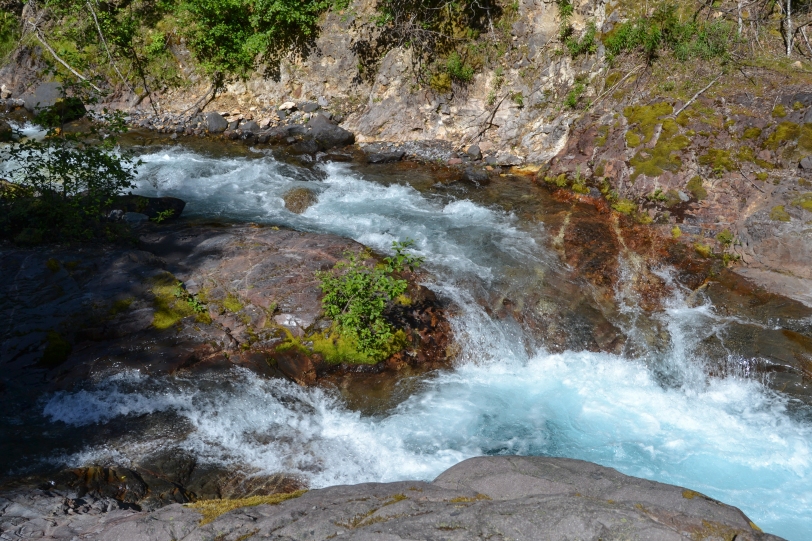 At the ” end” of the second section (it’s a loop, but we did the same route on the way there and back) there is a suspension bridge over the canyon. Surprisingly, I found it pretty delightful to cross. I’m still trying to completely vanquish my fear of heights, but the bridge is narrow, with high sides that made me feel appropriately enclosed, and even being able to see between the slats didn’t phase me very much. 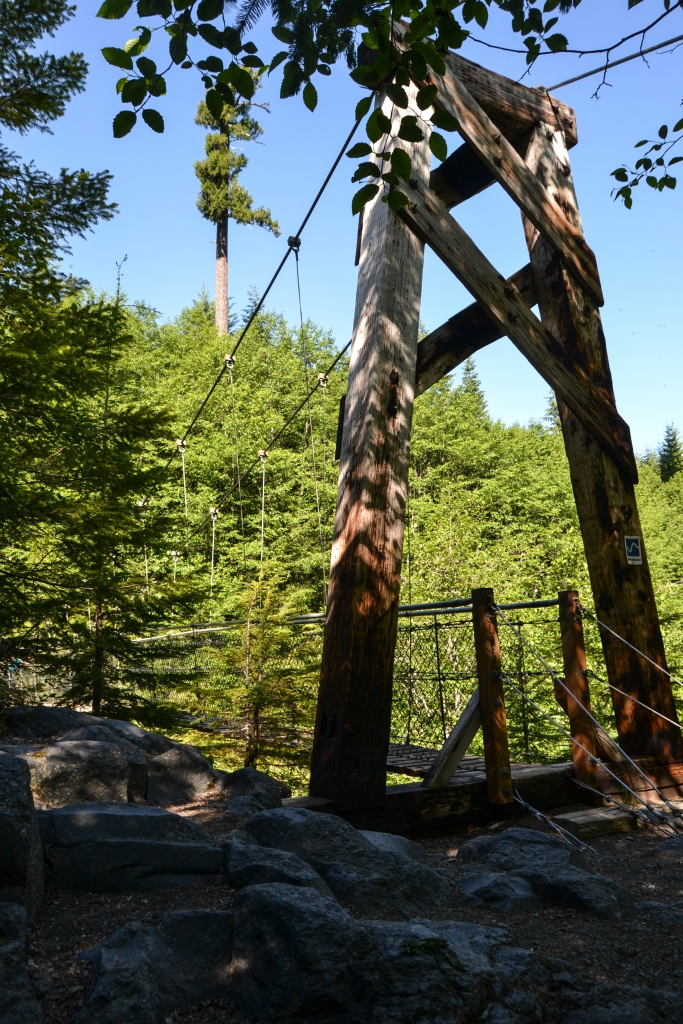 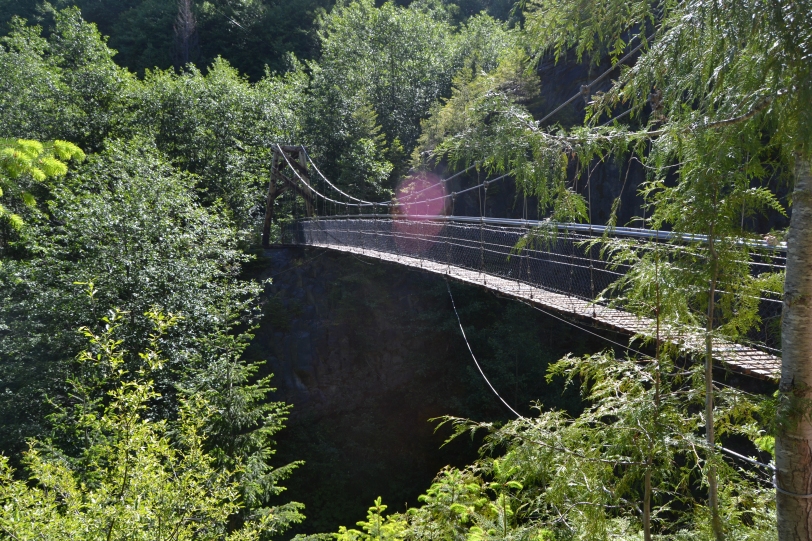 After the suspension bridge we turned right, and the trail descended steeply. About 2/3 of the way down is the 30 foot ladder. Slightly more alarming. It was slippery, and I had to use the arch of my foot to anchor myself on each step (I usually feel more secure on the ball of my foot, but it was too slippery). I found it easier to hold the rungs of the ladder, while Eric preferred the rails on either side. 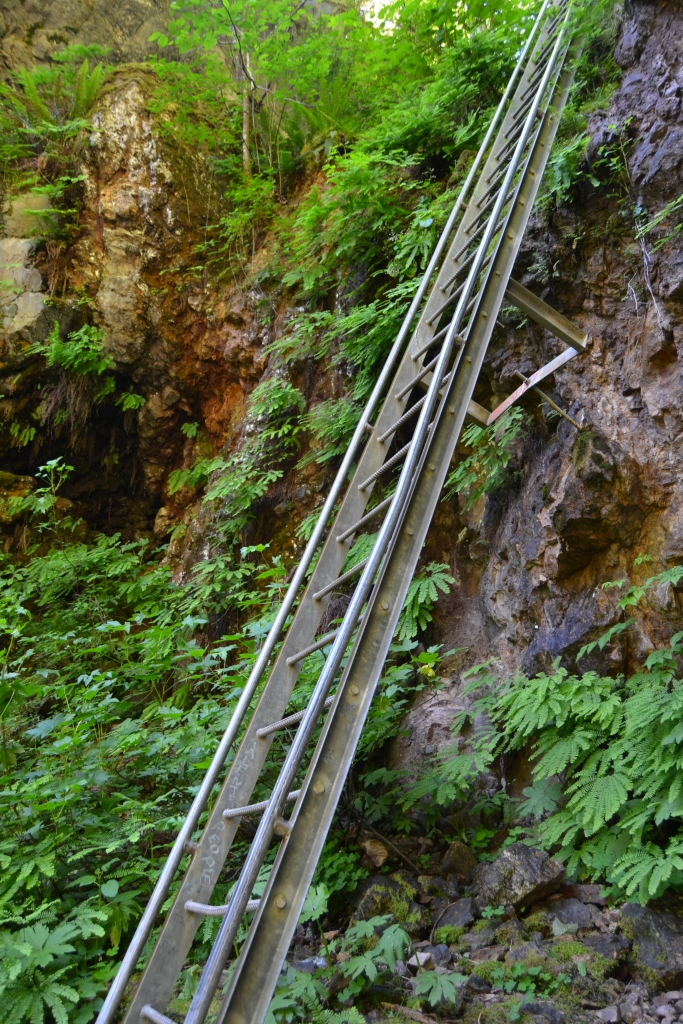 Even though the most exciting parts of this trail are within the first two sections, there were lots of lovely details to notice on the rest of the trail. 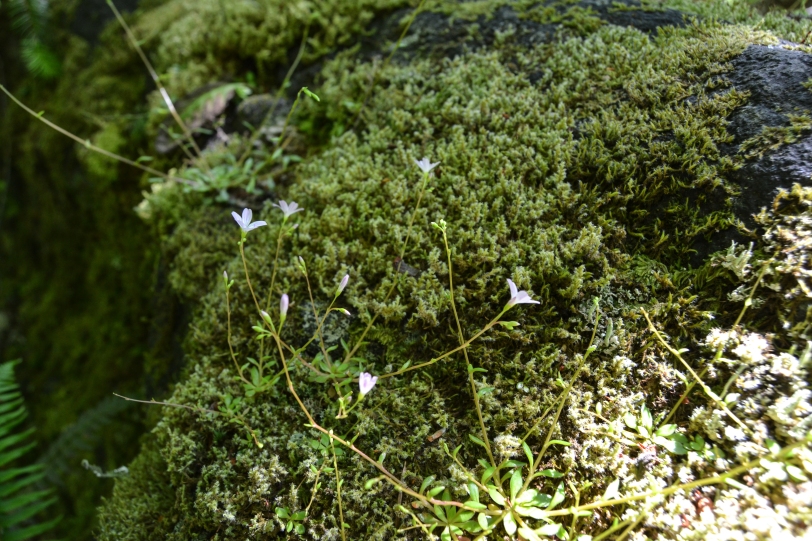 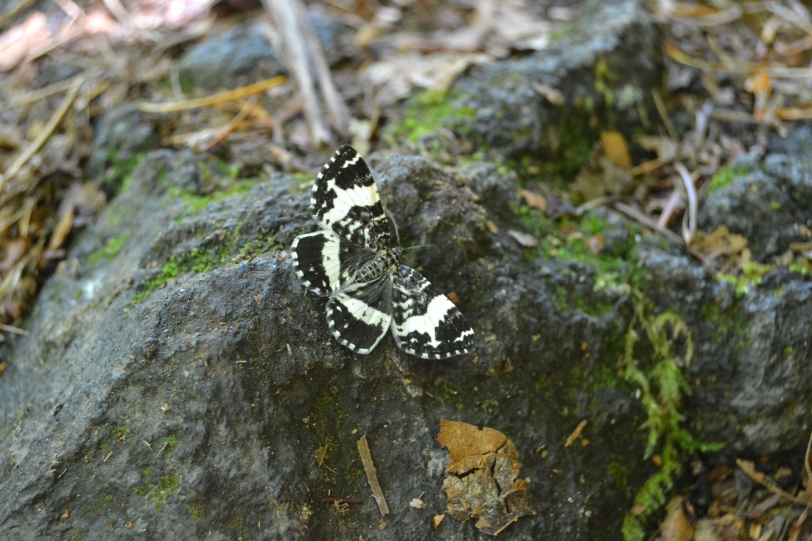 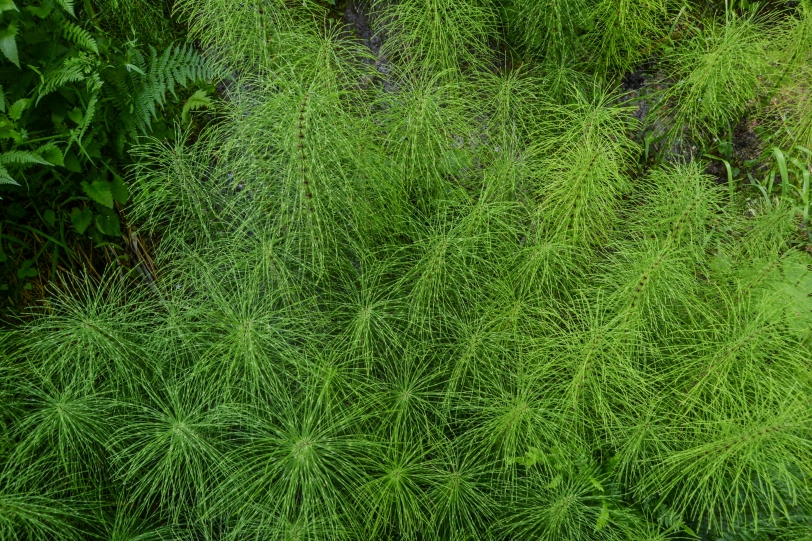 We reached the (currently unmarked) junction with Ship Rock, and skipped it, and then reached an intersection with another trail. We took a right (the sign said Lava Canyon) and crossed the river on another bridge. Immediately on the other side the trail became very muddy, and we turned around. I think it was the end of the official Lava Canyon trail in any case.

On the way back up we took the detour to Ship Rock and climbed to the top for a lovely view of the river and a slightly shady spot for our lunch. 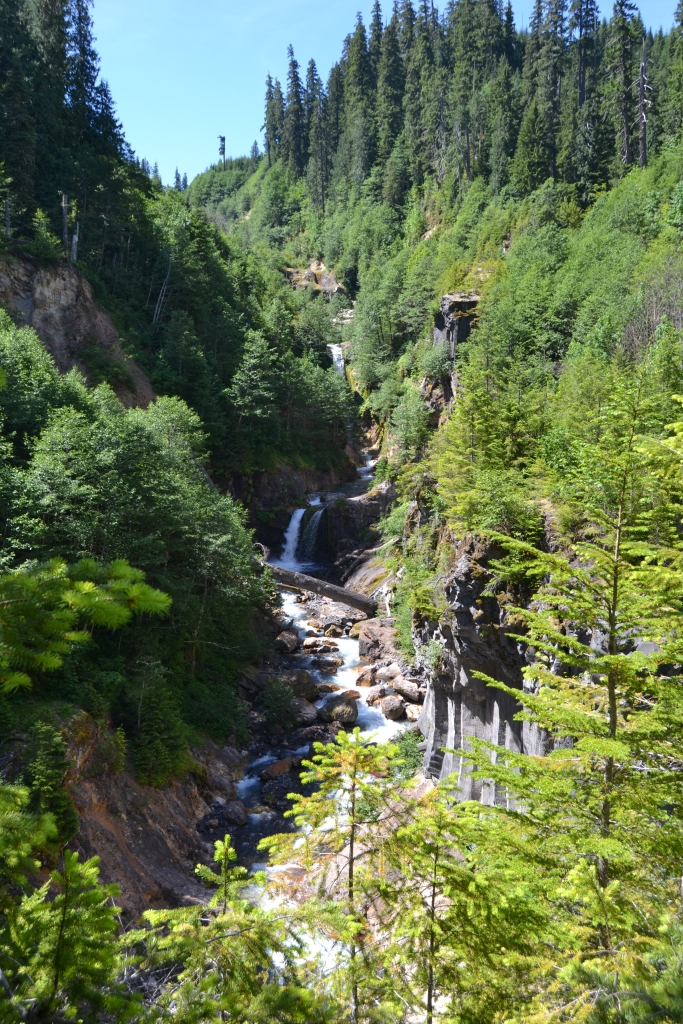 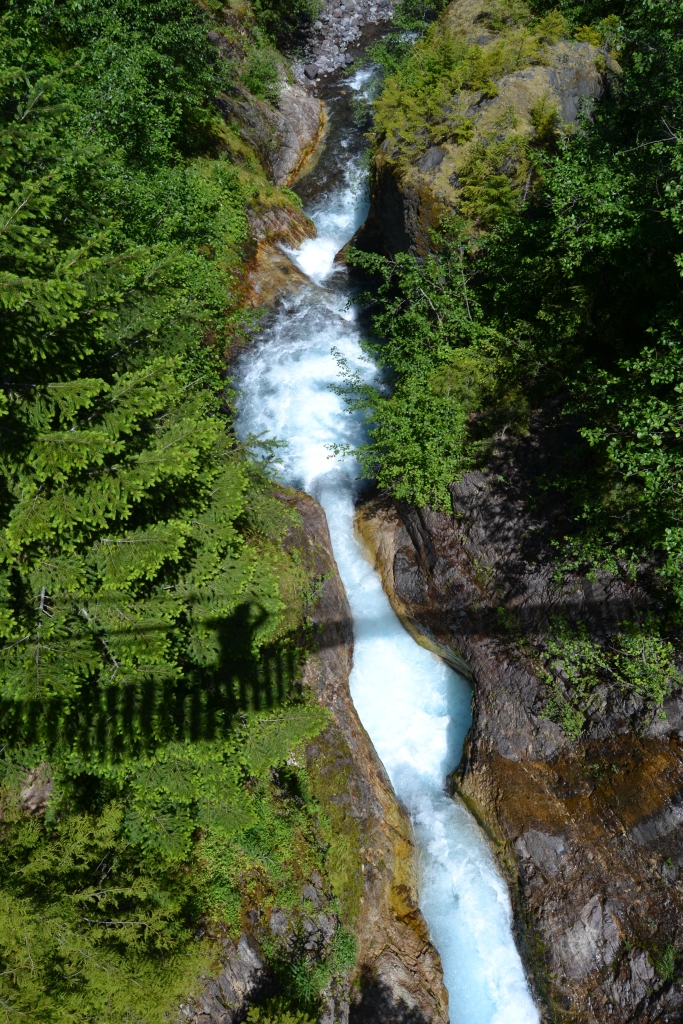 And then we made the slightly grueling climb back up in the hot sun. We crossed the bridge again and got back to the car a little after noon. Definitely a great hike.