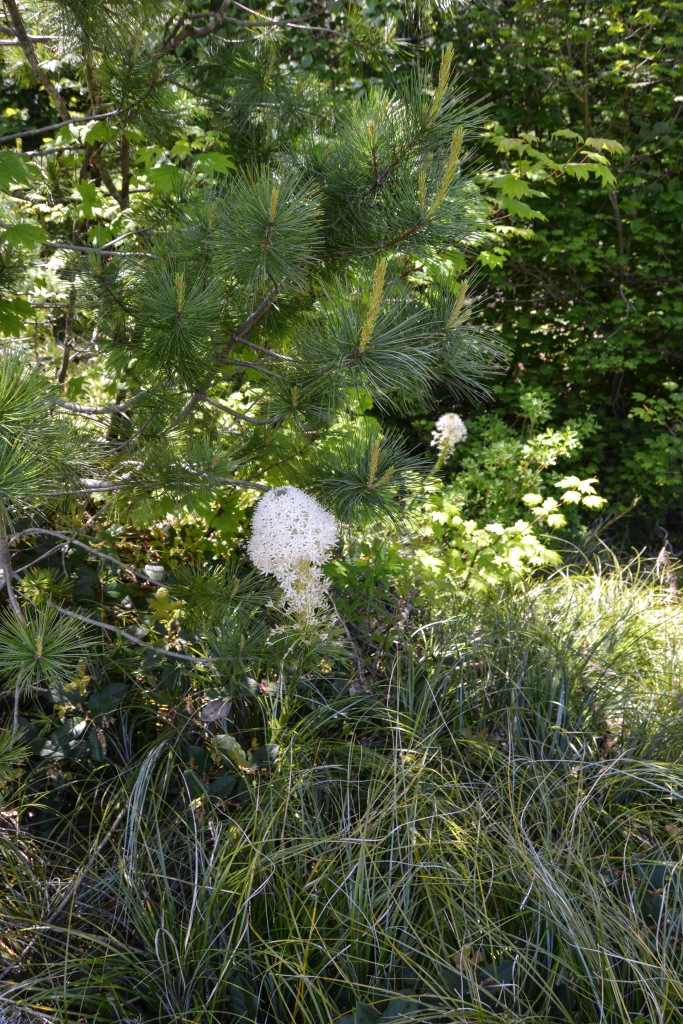 After Lava Canyon we had plenty of time left before heading back to Seattle, so we went to Ape Caves. The parking lot was very busy – tons of people. We chose to hike overland to the Upper Cave entrance, about 1.3 miles from the trail head, and then to clamber back down through the Upper Cave. It meant the hot part of the trail was all done first and then we descended into cool, damp bliss.

The trip description on WTA confused me somewhat, because it says you can’t hike the length between the two entrances. I’m not sure if they’re referring to something else, but we we able to hike from the Upper Entrance to the Lower one with no difficulties, and encountered plenty more people doing the same (although most were going the opposite way). The signage inside the cave also indicated that the entrances connected.

The trail from the Upper Entrance (again, going back toward the Lower Entrance) took Eric and I about an hour, and other than one particular drop, where I had to sortof slide and then he lifted me down, we found it pretty easy going that direction. There was a lot of clambering. We each had a good flashlight (with extra batteries and fully-charged phones for backup), though headlamps would probably have been better. The rock is cold and wet and can be sharp, so I can see gloves being useful, but I liked using bare hands because I feel like my grip was more secure that way. Plus, the tactile nature of the rock was a really cool part of the experience, since there wasn’t that much to see. Eric wore sneakers, I had my hiking boots on.

From the few pictures I got that were semi-clear, you can tell that this isn’t a “pretty” hike. But how often do you get to hike through a lava tube? (This was actually our second time, because we visited one in Hawaii. But I digress…)

It was a really neat experience and I enjoyed the climbing, sliding, and clambering.

When we reached the Lower Entrance (large metal staircase, can’t miss it), we continued through the Lower Cave for about 20 minutes before reaching, effectively, the end (we saw people crawling ahead of us and were just not prepared for that). We turned around and shortly headed up the stairs and back into bright sunlight. 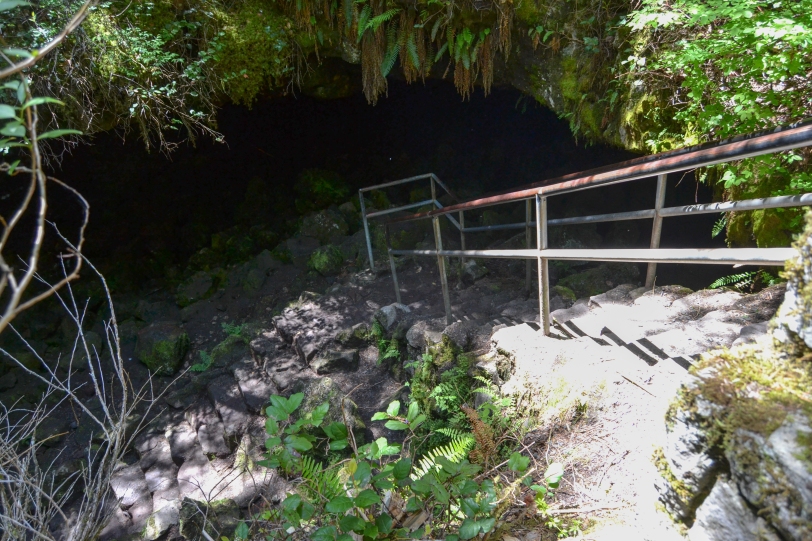